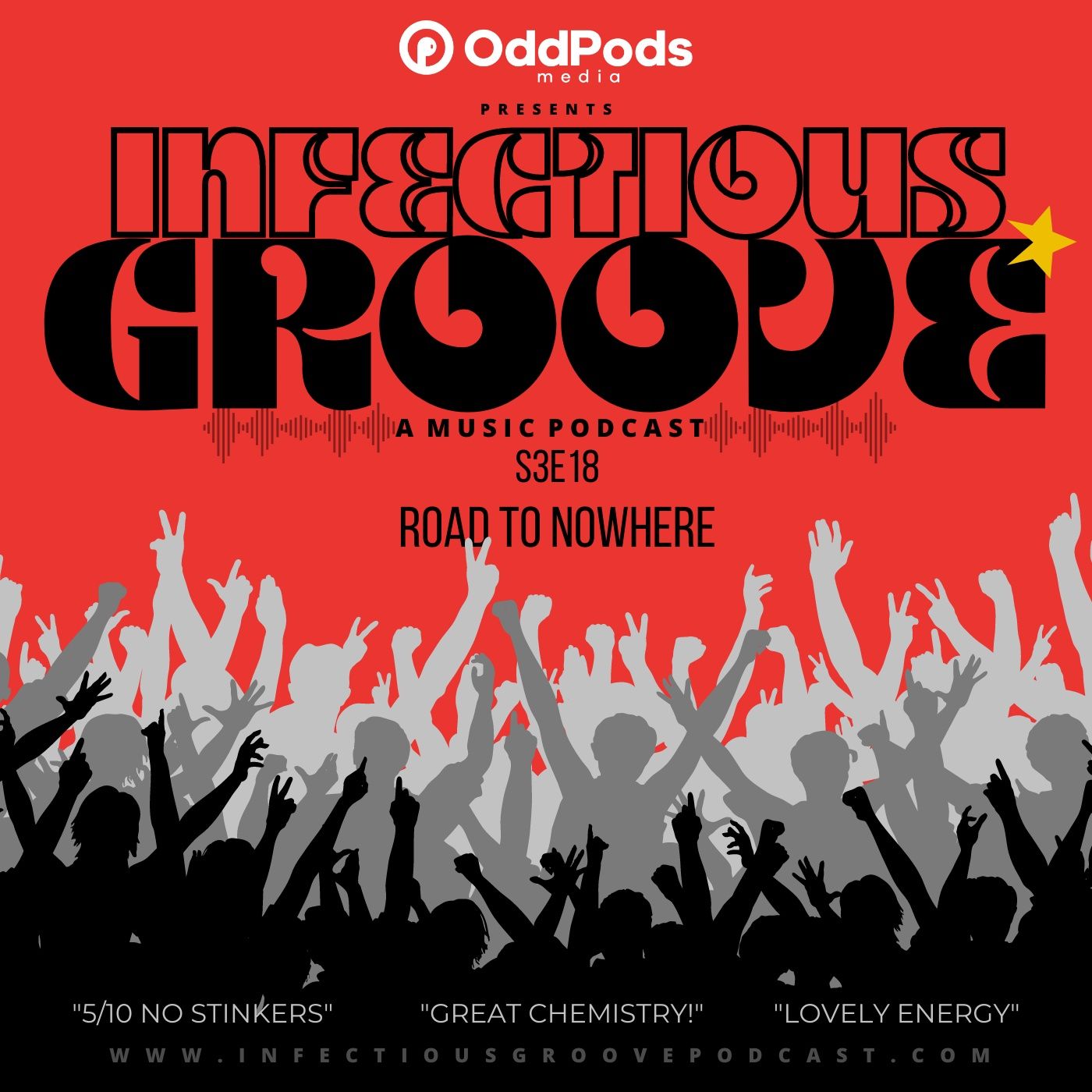 WARNING: This episode contains sensitive subject matter about mental health and suicide. This may be a trigger for some listeners of the show. If you or someone you know is struggling with or having thoughts of suicide, there is help available 24/7 at...

WARNING: This episode contains sensitive subject matter about mental health and suicide. This may be a trigger for some listeners of the show. If you or someone you know is struggling with or having thoughts of suicide, there is help available 24/7 at the number listed below.

You're 18 years old, and you've just gotten the call. Your band has been invited to go on the road and open for one of the biggest rock bands on the planet. This is the moment you've been waiting for. You gather the band, figure out some logistical stuff, pack your van to the gills with equipment and head out. The first show is only about an eight-hour drive, so you leave early allowing yourself more than enough time to get there and get set up.
You're nervous, excited, unsure of the future, you've never played a show that wasn't a local bar or club—this is a whole new animal that you're more than willing to try and tame.

First tour show #5 - You're already starting to lose track of where you are and where you're headed next. Sleeping in the van is getting old, but the hotel after-parties, girls, unlimited amounts of booze, and drugs are exactly what you had been dreaming of.

First tour show #15 - You're now in a bit of a rhythm (if you can even call it that), you and the guys pooled enough money together to start staying in cheap motels instead of being in that cramped disgusting van. Things are looking up even though you're already exhausted. Parties, girls, drinks, drugs, let's go!

First tour show #31 - What day is this? What city are you in? Who even knows anymore? Part of the band has been sleeping in motels, part in the van. Who knew this much time together would put your relationships to the test? The parties, the girls, the booze, and the drugs—they're all still there, but mentally you're not. You've been calling early nights lately, and locking your door when you do so. You never thought this whole new animal would be so difficult to tame.

Your band lineup has changed multiple times over the years, you've lost countless friends to drugs, alcohol, and suicide but you're still at it, still grinding, still playing, still creating, and still making it happen. Music money is structured differently these days, which means more time on the road, and less time with the wife and kids. The parties, girls, booze, and drugs are all still there but you've been sober for longer than you can remember, so that's neither here nor there. You also make sure you get a good room in a good hotel, or atleast a comfy spot on the bus, because let's face it you're too old to not know where you're going to be laying your head at night. You and the guys are gearing up for another stint on the road to support your latest effort. The fans are eager, and the bills won't pay themselves.

You're almost 50 years old now, and you've just taken a call that you never imagined you'd be taking. All shows. All Tours. All everything. Cancelled. There is a virus, it's spreading fast, and you cannot risk your safety or the safety of the general public. For the first time in 30 years, you're left wondering, what's next? No schedule, no grind, no jet lag, no tour bus, no playing for thousands of adoring fans, no meet and greets, no shows. One week turns into two, two turns into twelve, and before you know it, it's been a year. You've had an entire year to find yourself, to just sit, to eat breafast with your wife, watch your kids graduate from colllege, to start a workout regimen, find a show on Netflix you truly like.
But you're not truly out of the game, you find a way to keep the music going—the internet. You and the guys, much like everyone else have started performing virtually for fans from all across the globe. You've also started teaching master classes for paying fans that hope to gain the knowledge of someone whos been in "the biz" since he can remember. These are all ways of paying those bills that refuse to pay themselves but without having to grind yourself into mental pulp while doing it.

For the first time in 30 years, you can take a deep breath, and relax.

Vaccines are happening. People are feeling safe again, and the fans are eager for a live show. Venues (or what's left of them) are slowly opeing back up. The label is eager to get you and the guys back together, and back on the road. One by one, artist after artist, friend after friend, start to annouce tour after tour. But is it safe? They say it's safe enough. "But what if I'm not ready?" you ask yourself. You're nervous, excited, and unsure of the future. You remeber this feeling. Your mind begins to race...

Tour, van, bus, hotel, motel, parties, girls, booze (you've been sober for years), drugs (look you're sober, relax!), studio, album, tour, van, bus, hotel, parties. Your mind is racing as fast as your heart. "Am I having a heart attack?" you ask yourself. "Is this an axiety attack? Am I f!@#ing dying here? After all this?" you say under your breath.

Nope you're not dying, but it is an axiety attack. You've spent the last year, unpacking 30 years worth of music industry baggage and damn did it feel good. You've made money (lots of money) using the tools you've learned over the lockdown and you haven't had grind yourself into nothing while doing it. You know what you need to do. You know you're feeling better than ever, and you know you're done with the long haul.

Now it's time to tell the rest of the world...