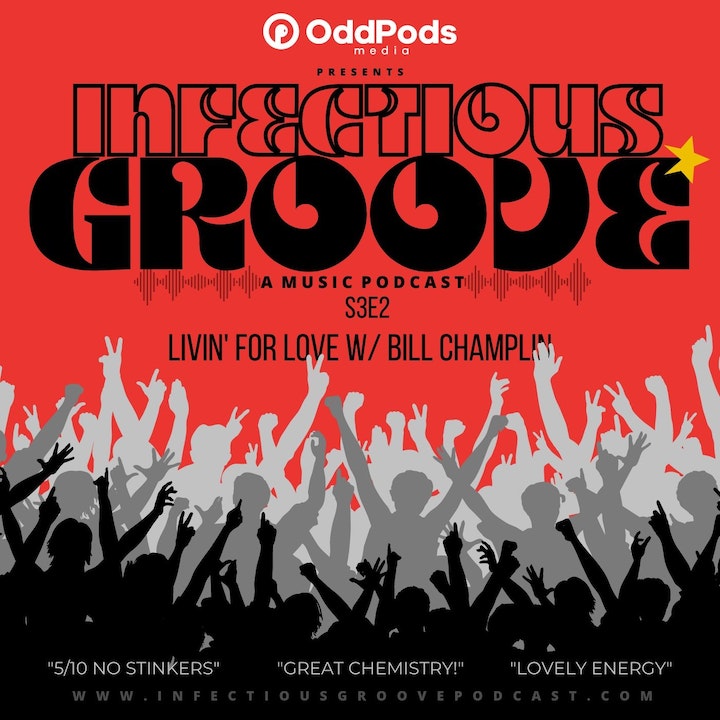 Here at IGP, we've been fortunate enough to sit down and talk with more than our fair share of seasoned musicians, and this week's episode is no different. Russ had the pleasure of catching up with musician,...

Here at IGP, we've been fortunate enough to sit down and talk with more than our fair share of seasoned musicians, and this week's episode is no different. Russ had the pleasure of catching up with musician, producer, singer, and Grammy Award-winning songwriter, Bill Champlin. Most notably known for his tenure with the American Classic Rock band Chicago. Bill is absolutely someone who comes to mind when we think of or talk about seasoned musicians. During his almost twenty-year run with Chicago, Bill sang as the lead vocalist on some of the band's biggest hits.

Beyond the critically acclaimed mainstream success of Chicago, Bill has also maintained a successful solo career and continued to work with Sons of Champlin—a band he started back in high school. Side note, if you've ever watched or even heard of the old TV police drama "In the Heat of the Night" which ran on both NBC and CBS for several seasons then you got to hear Bill front and center each week because he is the one that sings the theme song at the beginning of each episode.

You're probably thinking to yourself, well that's all fine and dandy but what the hell is Bill up to nowadays? We're glad you asked (or were at least thinking about asking), but you're going to have to open your favorite podcast app, open your favorite podcast up (us), and then listen to this episode. I suppose you could also go to his Wikipedia page but we cannot verify any of that, and why waste your time when you can hear it directly from Bill himself on the newest episode of your favorite Chicago tribute band's favorite music podcast. LET'S GO!

Find Bill Champlin on facebook @billchamplinmusic and twitter @billchamplin.
You can also visit his official website at www.billchamplin.com and listen to/buy "Livin' For Love" on your favorite music platform.