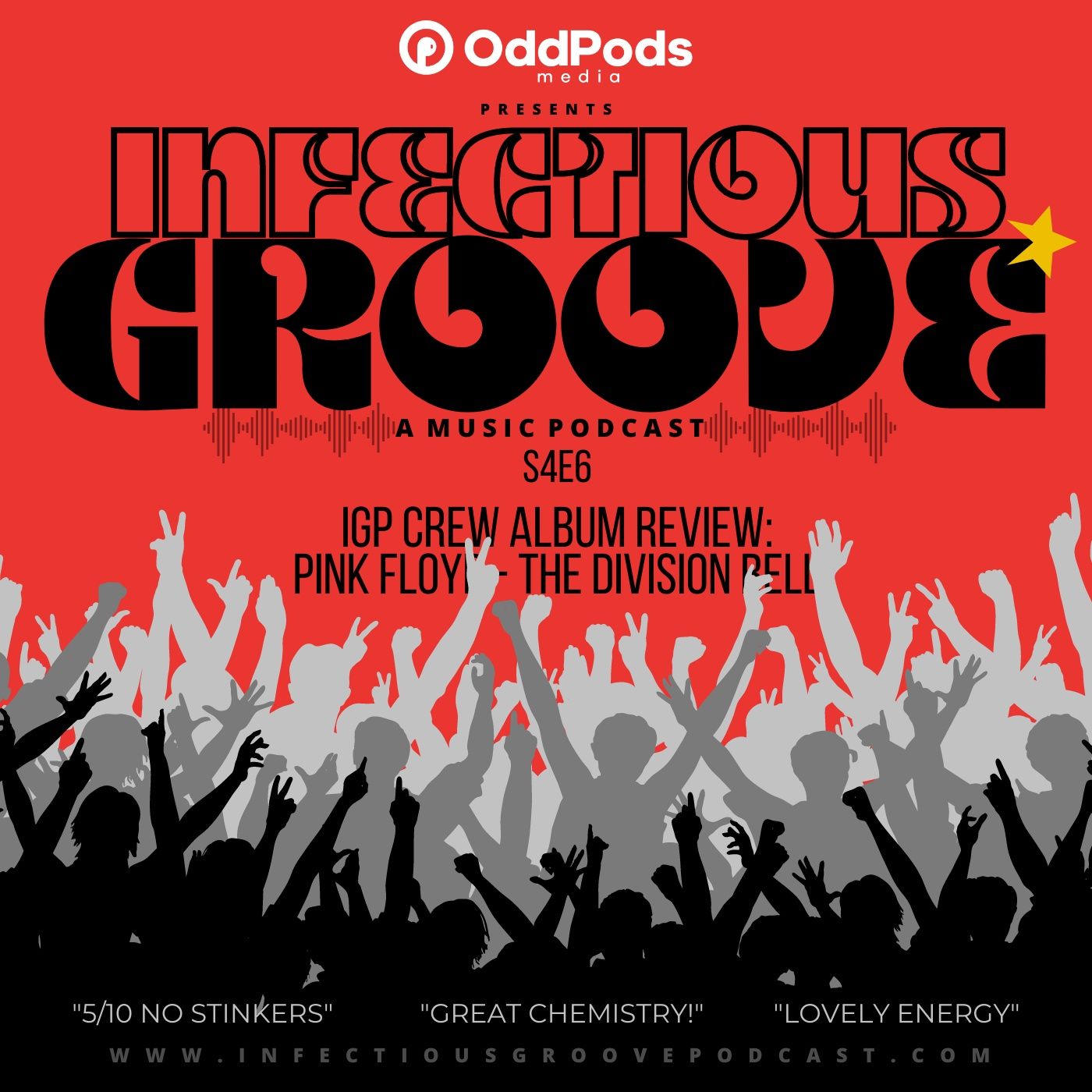 Much to the surprise of Michelle, we've somehow made it to season four (even though this is the sixth episode in season four). We think she just got here, but cannot be certain—so why don't you all give Michelle a warm welcome as she has finally...

Much to the surprise of Michelle, we've somehow made it to season four (even though this is the sixth episode in season four). We think she just got here, but cannot be certain—so why don't you all give Michelle a warm welcome as she has finally decided to join the show.

As promised, this week we've continued our critically acclaimed album review series. If you're new here (like Michelle), basically every couple of episodes we choose an album, and then take a deep dive into said album and discuss it with all of you.

For many (especially the hardcore dedicated fans) Pink Floyd ended when Roger Waters did a cartwheel out of the door and into a solo career of his own. Even Roger himself would say that HE is what made Pink Floyd, well Pink Floyd—and it certainly seems that many others also agree. Fast forward to 1994, and Pink Floyd finally reached the apex of what they would become without having Roger by their side. The Division Bell, which happens to be the band's fourteenth album might be the closest thing a Pink Floyd fan has gotten to a Pink Floyd album without having Roger Waters involved. The Divison Bell was also Russ' last-ditch effort on trying to get Michelle to enjoy a Pink Floyd album, and it might have finally worked.

The Divison Bell, with David Gilmour at the helm, is a more atmospheric, contemplative, and quiet Pink Floyd which might have surprised quite a few people that were expecting them to live up to what they once were with Roger Waters in tow. With lyrics that can be interpreted as being very inert, or lackluster (mostly because they were written by someone who knew nothing about writing songs) this album might have left people yearning for more. With a title like The Divison Bell, the album can be looked at as a roundabout way of understanding, realizing, and coming to terms with an ultimate failure in communication. We get it guys, you don't like Roger, but at some point, you're going to have to meet in the middle because he isn't shy about not liking you either—it is what it is. Also, if you guys are by chance taking requests, Kyle would like you to shorten each song, by about five minutes.

How does The Division Bell hold up to the internet's most musically diverse tripod? Wouldn't you like to know? Hit play goddammit and find out! It's season 4, episode 6 of Roger Water's personal assistant's dog trainer's pool boy's favorite music podcast. LET'S GO!!!

HEY! OUR FRIENDS NEED YOUR HELP!!! SOME ASSHAT LET THEIR CAMPFIRE RUN RAMPANT AND IT BURNT UP A WHOLE LOT OF SHIT! ANYTHING WILL HELP, LINK BELOW!!!