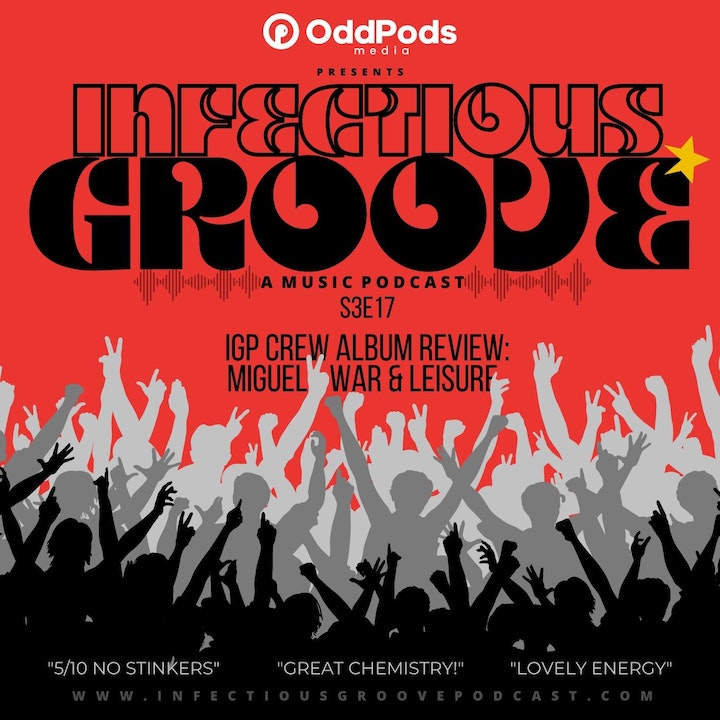 If you're a regular listener of the podcast, then you know by now that we've been regularly doing album review episodes where we pick an album, dive in, and tell all of you what we think about what we were forced to listen to. This is one of those...

If you're a regular listener of the podcast, then you know by now that we've been regularly doing album review episodes where we pick an album, dive in, and tell all of you what we think about what we were forced to listen to. This is one of those episodes and Kyle hit the crew with a curveball this week when he picked Miguel's fourth studio album WAR & LEISURE for everyone to take a listen to.

When you hear the name Miguel you are probably thinking one of two things—who in the world is Miguel or Isn't that the guy who landed on and supposedly injured someone in the audience when trying to jump from one part of the stage to another at the Billboard Music Awards? Yes, that Miguel. That's the guy, but when broken down Miguel is so much more than a TMZ headline.

Miguel typically stays hidden from the forefront of the R&B music scene despite releasing very successful singles and albums over the years featuring some of the industry's biggest names, and that's okay because he hones in on what he is good at, perfecting his craft along the way. If you've been a fan of Miguel since he came on to the scene in 2010, then you've been able to appreciate his growth as an artist with every album that has been released since then. If you're tuning in and hearing about Miguel for the first time, it's highly encouraged that you go back to the beginning and listen to some of his earlier music so you can hear his growth as an artist for yourself.

War & Leisure is the fourth studio album from singer, songwriter, and producer Miguel. Featuring guest appearances from Travis Scott, Rick Ross, J. Cole, and Kali Uchis just to name a few. The album was met with critical acclaim peaking at #1 on Billboard's Top R&B/Hip Hop Albums chart and #9 on the Billboard 200. Selling 40,000 units in the first week, and eventually being certified Gold by the RIAA for selling 500,000 units.

Join us as we dig in and find out exactly how much Miguel had to offer us with this one. The bad, the good, and the stinky. We cover it all on season 3, episode 17 of your baby mama's new baby daddy's favorite music podcast. LET'S GO!