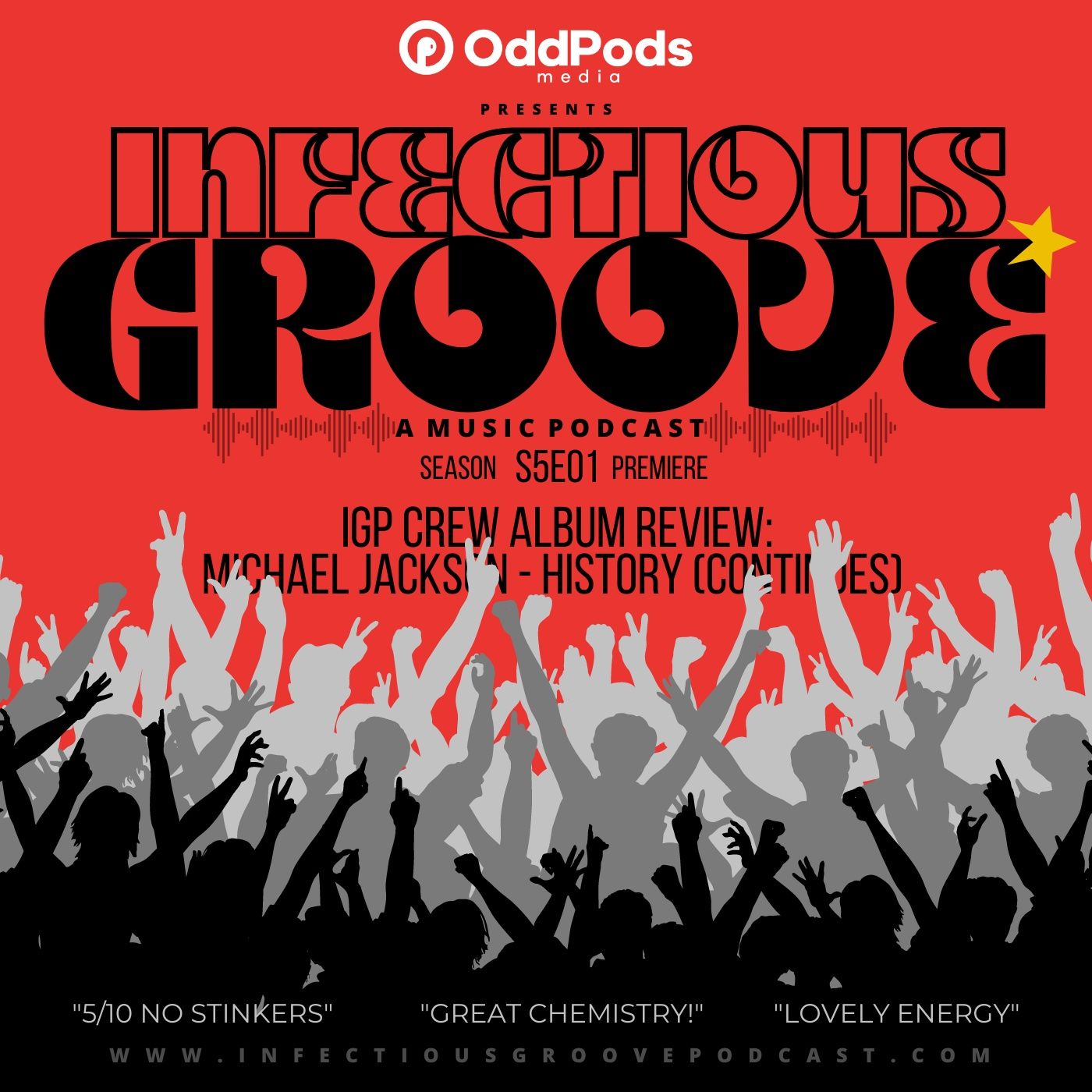 Disclaimer: Yes, you are correct this is in fact a double-disc/triple LP album, but Russ has decided to focus on the latter half of this offering because let's be honest here, the first half absolutely serves a "greatest hits" package of sorts. So...

Disclaimer: Yes, you are correct this is in fact a double-disc/triple LP album, but Russ has decided to focus on the latter half of this offering because let's be honest here, the first half absolutely serves a "greatest hits" package of sorts. So this review is specifically focusing on everything from "Scream" onward otherwise known as HIStory Continues. Now let's get to it!

It's not every day that you can say your podcast has been fortunate enough to see a 5th season, and frankly, it's rather mind-boggling to us that we're still going strong, and we're grateful for every single one of you that continues to listen and join in. In this season 5 premiere, we continue with our album review series, and we put Russ up to bat (and bat he certainly did).

It's truly hard to put into words what this album brings to the table, but we all certainly tried to convey this the best we could. What this album is, is the culmination of working in the limelight since you were in kindergarten, only to grow up and find out that you appreciate the world far more than they appreciate you. You've seen how cruel the world can be firsthand over the years, but you never imagined what being labeled as the worst thing in society could have brought you. Ridiculed and scrutinized into being a recluse, you take to what you know best and speak out to let the world know exactly how you feel.

HIStory: Past, Present, and Future, Book I is the ninth studio album from the late, great, and immensely talented Michael Jackson. Released on June 20, 1995, after years of immense and tumultuous scrutiny by the tabloid media over accusations that would never end up being proven by anyone—in fact, it was quite the opposite. Throughout the record, you can, at various points, hear MJ directly address these issues, and confront those involved head-on. Despite his constant battles in and out of the courtroom, HIStory: Past, Present, and Future, Book I debuted at number 1, on the Billboard 200. Though the album received generally positive reviews, the lyrics of "They Don't Care About Us" drew accusations of antisemitism, to which Jackson responded that the lines had been misinterpreted and replaced them on later pressings.

The album has sold over 20 million copies worldwide, making it one of the best-selling albums of all time, and the best-selling multi-disc album. In August 2018, it was certified 8x platinum by the Recording Industry Association of America (RIAA).

Michael Jackson would go on to release just one more studio album before his sudden and tragic death.