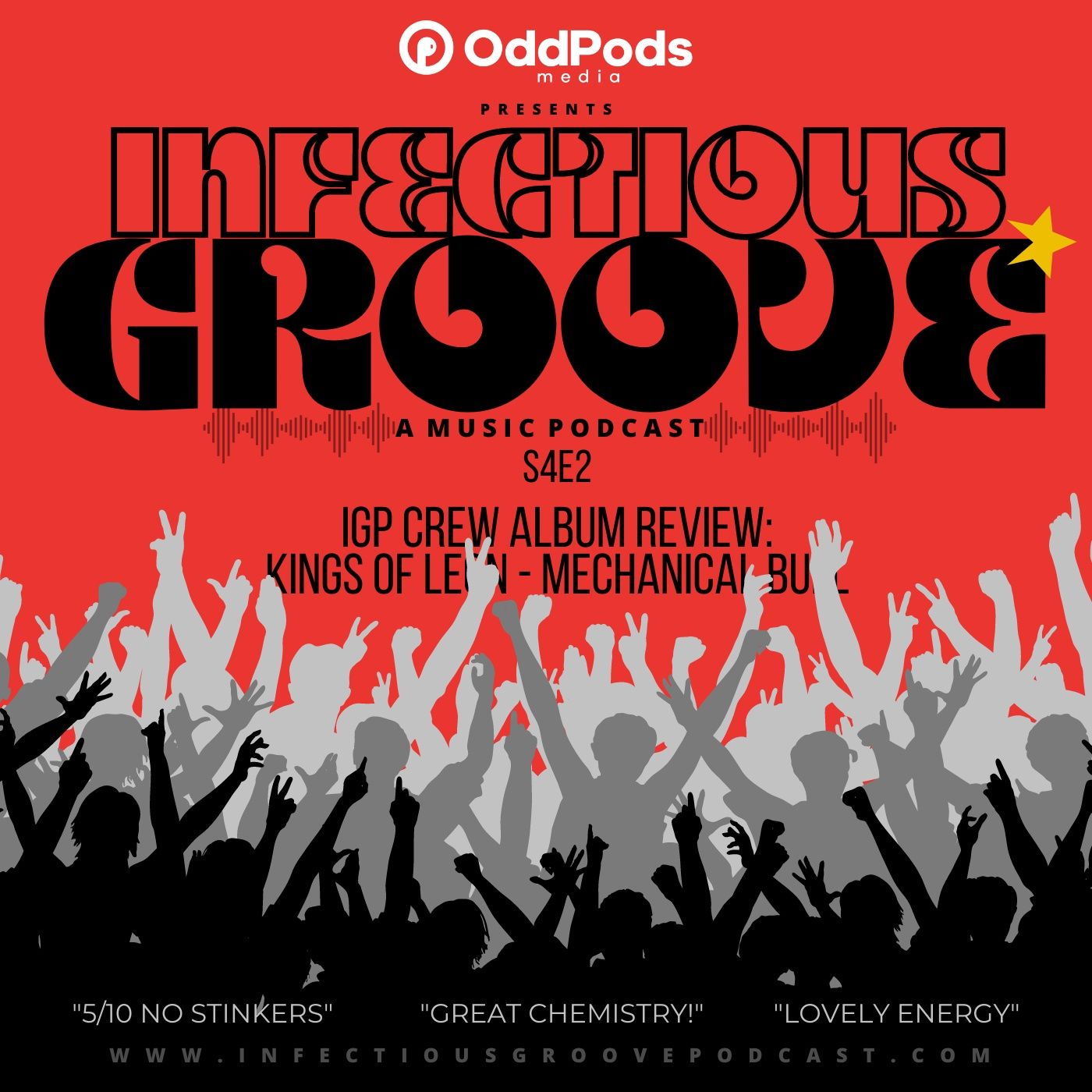 DISCLAIMER: Yes, Kings Of Leon recently released an album, and no you should absolutely not start there if you want to dig into their catalog more. Do us, and yourself a favor and leave that album sitting by itself on the shelf at Wal-Mart.

DISCLAIMER: Yes, Kings Of Leon recently released an album, and no you should absolutely not start there if you want to dig into their catalog more. Do us, and yourself a favor and leave that album sitting by itself on the shelf at Wal-Mart.

It's SEASON FOUR! I know right, HOLY $H!T IT'S SEASON FOUR!!! We hope you enjoyed the premiere episode last week—we know Seth did. With Season Four, comes the continuation of our album review series where we pick an album, listen to it tirelessly, and then pick it apart. Fun right?

When you read the title you were probably like, "Kings Of Leon? You mean the Sex On Fire guys? Wtf is Mechanical Bull?". It's okay, we understand. For most of you, Kings Of Leon probably started with "Sex On Fire", and ended with "Use Somebody". You're certainly not alone but the crazy thing is, is that those songs were on their FOURTH ALBUM! Yes, you read that right, their fourth album is what everyone knows them for, which to us is just insane. They not only had three FULL albums before they found commercial success, but they also snuck two EP's in there as well. If KOL lack anything, it sure isn't work ethic.

The funny thing is, the band continued to work just as hard sticking to what they were good at even after they found success. You might be saying "yeah but all of their songs sound the same, that's why they fell off", and you're not wrong. Yes, their songs all do sound very similar, and there is definitely that KOL sound that they have mastered over the years. Where you're wrong is, that's the beauty of the band. A consistent, reliable sound, wrapped around often times great and thoughtful lyrics (that would be easier to understand if the lead singer wasn't eating PB&J sandwiches while recording, but that's neither here nor there). What more could one ask for from a band they enjoy listening to?

So where does this lead us? Well in this particular situation leads us to their sixth studio album, Mechanical Bull—which as Russ and Kyle were recently reminded, is a damn fantastic one at that. Even after all of their commercial success with their fourth album, and after all of their fire sex fizzled out they still put forth all of the efforts as if they were still trying to make it big. Why? Well, our guess is, not only are they talented as hell—but Kings of Leon have mastered sounding like and being Kings Of Leon and they do it in such a masterful and consistent way that you just simply cannot turn away once you start listening.
This week we take a deep dive into Mechanical Bull, and try and figure out what it is about this band and this album that makes it so we just can't get enough. The good, the bad, and the stinky—it's season 4, episode two of your favorite honky-tonk bucking machine operator's favorite music podcast. LET'S GO!!!