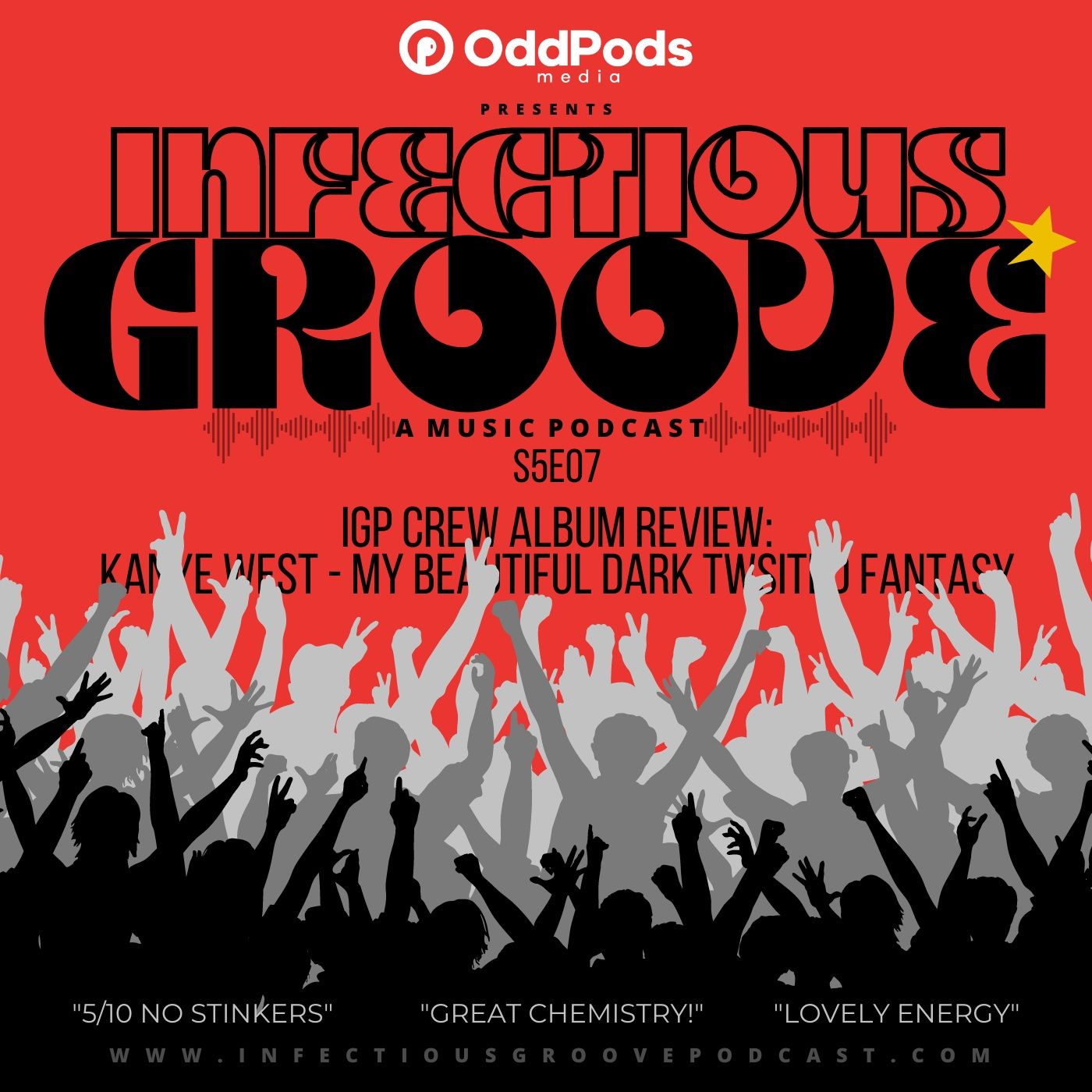 When you hear the name Kanye West, a million different people are bound to have a million different thoughts and opinions. Kanye is no stranger to controversy and being in the media headlines, and though that is where he currently is hanging out (and...

Season 5
When you hear the name Kanye West, a million different people are bound to have a million different thoughts and opinions. Kanye is no stranger to controversy and being in the media headlines, and though that is where he currently is hanging out (and where he often finds himself, whether he likes it or not), this episode is about so much more than that—in fact, this episode has nothing to do with the Kanye you're hearing about today. Let's take it back a few years, and start from there.

In 2009, Kanye began recording what would eventually become My Beautiful Dark Twisted Fantasy during a self-imposed exile in Hawaii. Starting with such album titles as "Good Ass Job" and "Dark Twisted Fantasy", but after some back and forth he ultimately decided on the title we've come to know today. During the time of creating this album, Kanye spent around three million dollars recording the album, making it one of the most expensive albums ever made at the time.

Commissioning George Condo for the album artwork, hosting an array of different guest producers, and lining up some monster artists for features on the album, it would appear that Kanye had a clear vision for what he wanted the album to become. It turns out that all of the time, money, and effort would pay off in the long run.

My Beautiful Dark Twisted Fantasy hit number 1 on the Billboard 200 and sold 496,000 copies in its first week. The album ultimately spent 115 weeks on the Billboard 200, and by July 2013, it had sold 1,351,000 copies in the US. By June 2011, the album was the second best-selling digital rap album ever, selling 483,000 digital copies. By November 23, 2020, My Beautiful Dark Twisted Fantasy would go on to be certified triple platinum by the RIAA for three million shipments in the US, and later that same year, it was reported that the album had been played one billion times on Spotify alone.

To say that this album was a success would be a severe understatement, and no matter your thoughts on Kanye himself, you simply cannot deny the raw talent the guy possesses.

His art, whether it be music, fashion, or pretty much anything he puts his mind to will continue to push boundaries and will be around for the foreseeable future, there is no denying that. So join us as we take a dive into the only album that Kyle has rated a 9 so far (that has to be good for something). It's season 5, episode 7 of Harvey Levin's personal tailor's favorite music podcast. LET'S GO!!!