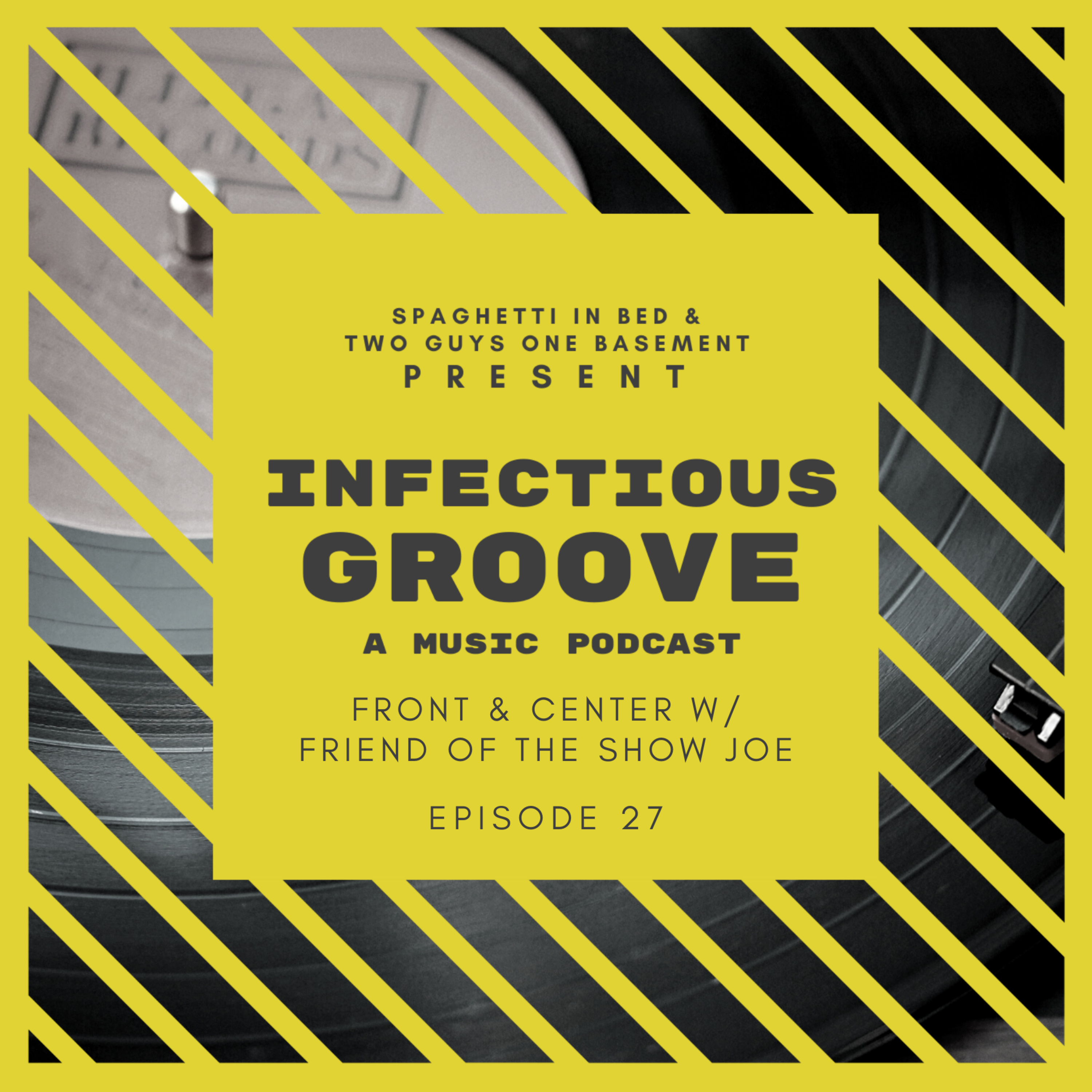 1. the lead singer of a pop or rock group.
2. a person who represents an organization and works to make its image more appealing to the public.
"Harry wanted Teddy to act as the respectable frontman for his business interests"
3. (in soccer) a forward or attacker.
"once again, Wigan's frontmen failed to take their chances"

By definition, the lead singer of your favorite band is technically a Frontman/Frontwoman—or well for lack for a better term and to be all-inclusive a Frontperson. But are they though? What makes someone a frontperson? Can you be out front in the spotlight and not be THE frontperson? Can you hide in the stage shadows and be the frontperson that everyone makes you out to be?

It's episode 27, and this week the constant on-air harassment of our number one fan has led to us having our first in-studio guest. We'd like everyone to give their best round of golf claps for Friend Of The Show Joe. Yes, you read that right, we finally caught up with him to get his thoughts on what he considers a Frontperson to be. We talk the best, worst, our favorites and so much more on the newest episode of your favorite pizza guy's favorite music podcast. You're not gonna wanna miss this one. LET'S GO!

Don't forget to listen along with our Spotify podcast companion playlist where we load up as much of the music and artists we can—that we talk about weekly so you can listen for yourselves and tell us what you think. New week. New playlist. Every week.