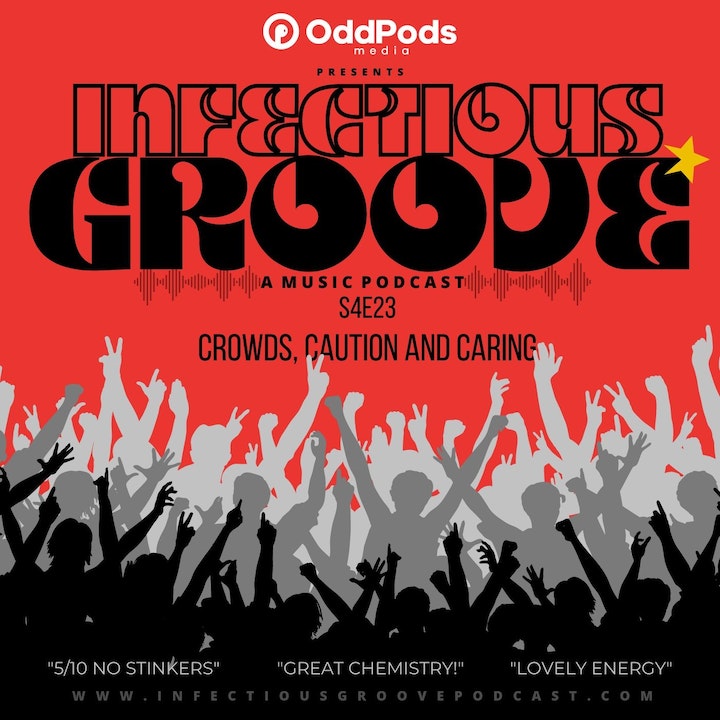 Throughout music history, there have been quite a few concerts that turned into a catastrophe, but you don't really hear much about it until it happens again. Travis Scott is the latest artist to be publicly crucified because of the tragic events that...

Throughout music history, there have been quite a few concerts that turned into a catastrophe, but you don't really hear much about it until it happens again. Travis Scott is the latest artist to be publicly crucified because of the tragic events that unfolded at his most recent Astroworld Music Festival—but who is at fault when this type of thing happens? The artists? The venue? The crowd? When tragedy strikes your favorite live venue, it's easy to start throwing stones and placing blame on anyone in the vicinity. Truth is, even though Travis Scott happens to be the latest artist involved in a show gone terribly wrong, he's certainly not the first, and absolutely won't be the last.

One must understand that something that is negative will almost always outshine something that is positive. No one ever talks about feeling safe at a live show (even though it happens all the time), but you will hear a whole lot of stories about people feeling unsafe. When it comes down to it, compared to the sheer amount of concerts that occur, there is very rarely something tragic and terrible that happens—which is why the situation sticks out like a sore thumb when it does. Most live shows go as planned, with the usual hiccups, and without anything major happening, but what happens when that's not the case?

Well, what happens is, all hell breaks loose, and usually, instead of the parties involved stepping up and taking responsibility, everyone typically starts to place blame on one another while all the separate pieces of a tragic situation get overlooked. Most of us have been part of these live music crowds, and we all probably have stories about how quickly things can go from bad to worse when you're dealing with the general public that has been packed into a venue like a can of sardines—but there is so much more that factors into whether or not a situation will bring the worst out of people.

It only takes a split second for a "safe" crowd to become dangerous and by the time that this happens, it's oftentimes too late to do anything about it. There is very little that any amount of "security" is going to be able to do to a surging crowd full of thousands of rowdy and raging fans. Now mix drugs and alcohol, a culture of going to just party and destroy shit, a venue or artist that hires random people off the street (or in some cases a biker gang) to pose as security, and then other artists that seem to encourage the crowd's dangerous behavior. This creates a "perfect storm" of a situation and rarely does anything good come of it. When it comes down to something that has so many moving pieces involved, all of those pieces share in some of the responsibility of what happens at these events.

It's hard to see and understand this at the time because when something tragic like the loss of a life (or multiple lives) happens it takes a long time for the dust to settle and the details of what actually happened to come out. Sprinkle in people on the internet concocting wild conspiracy theories about what went on, and then it takes even longer to sort everything out.
Things like what happened at Astroworld don't have to happen, but they will continue to occur unless we all step up to change how we behave when we visit our favorite music venues. Come with us for a bit while we try and figure out how something so right, can go so wrong.