Count Me In - Heartbeat Of The Band 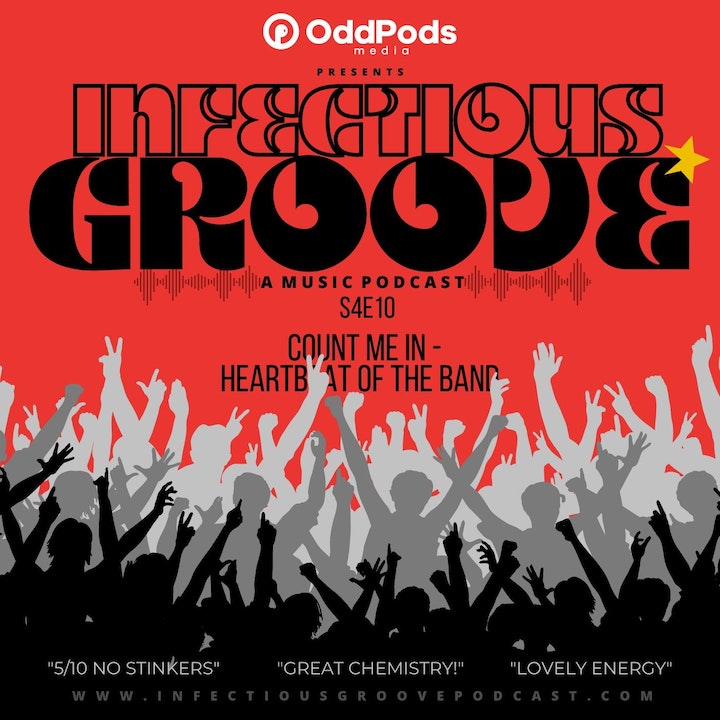 SPOILER ALERT: It is highly encouraged that you stop this episode, log on to your Netflix account, and watch the new documentary film they're featuring called "Count Me In". We talk about this film in-depth and discuss many things that would otherwise...

SPOILER ALERT: It is highly encouraged that you stop this episode, log on to your Netflix account, and watch the new documentary film they're featuring called "Count Me In". We talk about this film in-depth and discuss many things that would otherwise alter your experience if you plan on watching it at a later date.

Every now and then Netflix hits the nail on the head with its content recommendations, and that is exactly what happened when "Count Me In" slid across our screen. This brand new documentary focuses on drummers and their love for the art of drumming. There is a vast difference between being 5 years old and telling everyone what you want to be when you grow up, to telling everyone that and actually growing up and being what you told everyone you wanted to be. This film is a coming-of-age love story of sorts, and you get to see firsthand how the love story plays out between a musician and their favorite instrument.

A drum equates to much more than just an instrument that you bang on. Think of a pair of drum sticks like a pair of paintbrushes, and the drum kit, a palette of paint—with the canvas being your ears. With every single small movement, you create something new, and literally, every stroke is as important as the next. Drummers are more than just backing musicians, they're fully integrated members of the band, and truth be told, the band would be hard-pressed to carry on without them, and you'll see exactly why.

While the film is presumably made for drummers, about drummers, and by drummers, you most certainly don't need to be one, to enjoy it. The film is orchestrated in a way that you cannot help but relate to, and enjoy the stories as they unfold.

Join us as we take this rhythmic ride and discuss all things "Count Me In". It's season 4, episode 10, of your favorite drum tech's twin brother's favorite music podcast. LET'S GO!!!